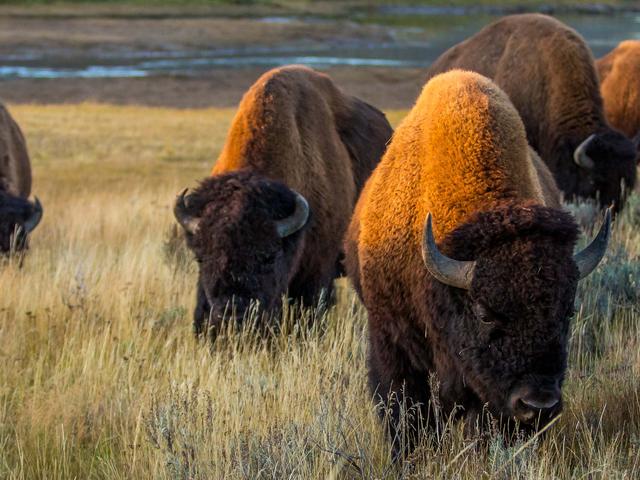 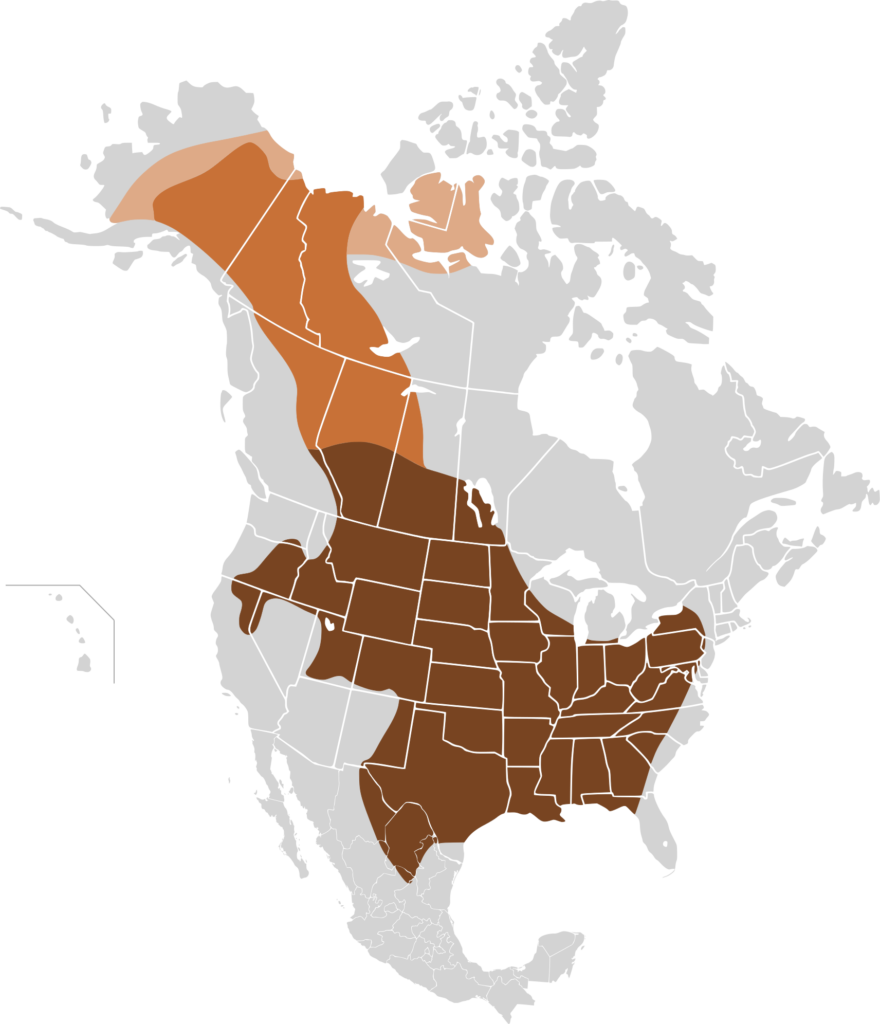 A fully-grown wood bison bull will often weigh 2,250 pounds, as compared to the 1,900-pound bodies of the smaller plains bulls.  [1] 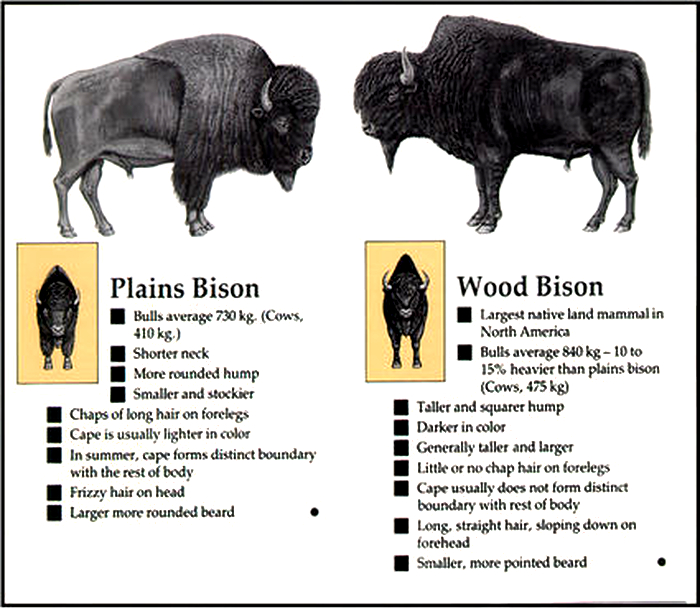 Above comparison chart from Discover Magazine utilized in accordance with Fair Use. 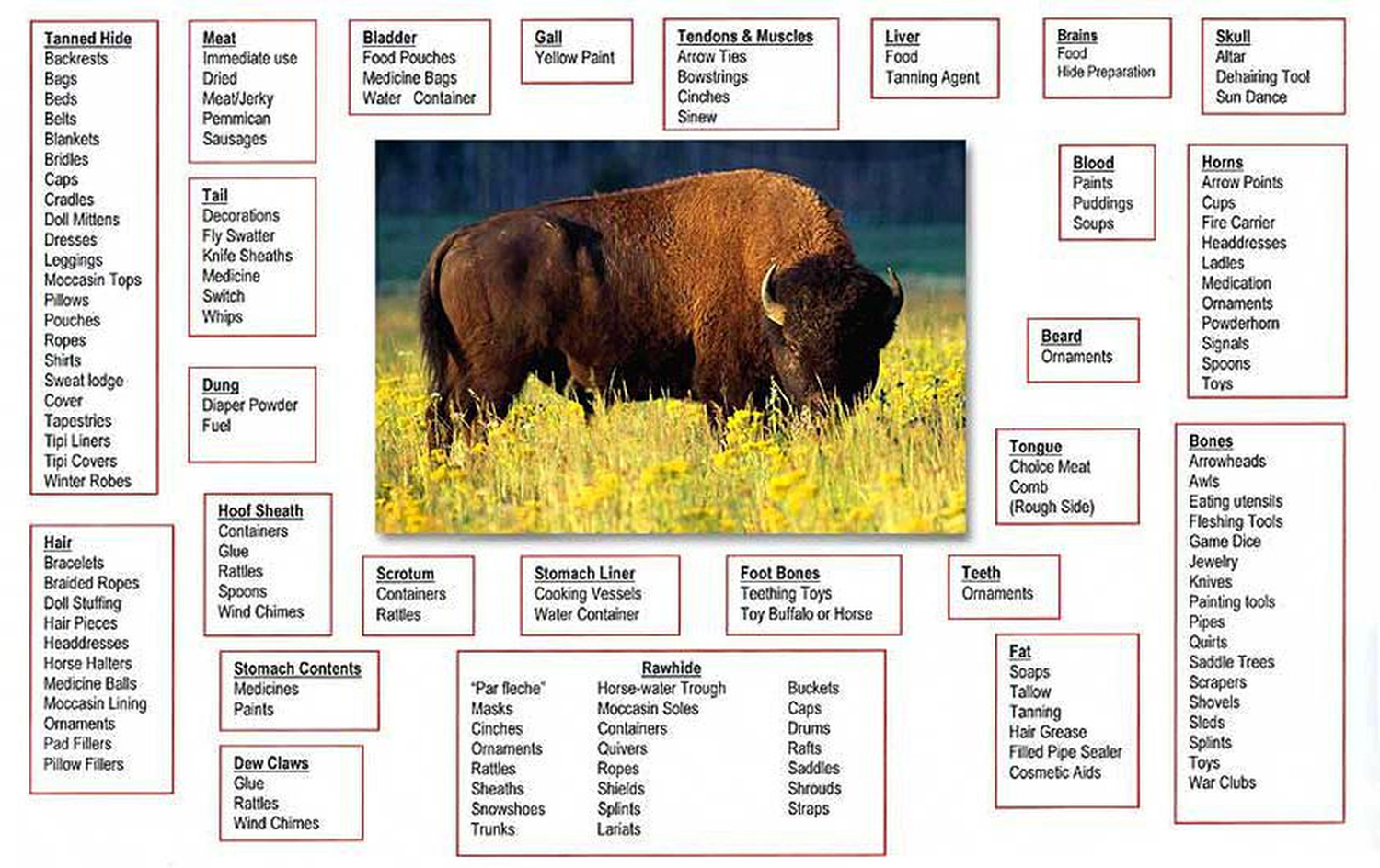 Above graphic from Dance for All People utilized in accordance with Fair Use.

An estimated 20 to 30 million bison once dominated the North American landscape from the Appalachians to the Rockies, from the Gulf Coast to Alaska. Habitat loss and unregulated shooting reduced the population to just 1,091 by 1889. Today, approximately 500,000 bison live across North America. However, most of these are not pure wild bison, but have been cross-bred with cattle in the past, and are semi-domesticated after being raised as livestock for many generations on ranches. Fewer than 30,000 wild bison are in conservation herds and fewer than 5,000 are unfenced and disease-free. [2]

Thought to have been extinct, in 1957 a herd of about 200 wood bison was discovered in Canada. Through sustained conservation efforts by Canadian governmental agencies, wood bison numbers grew to 2,500. [1]