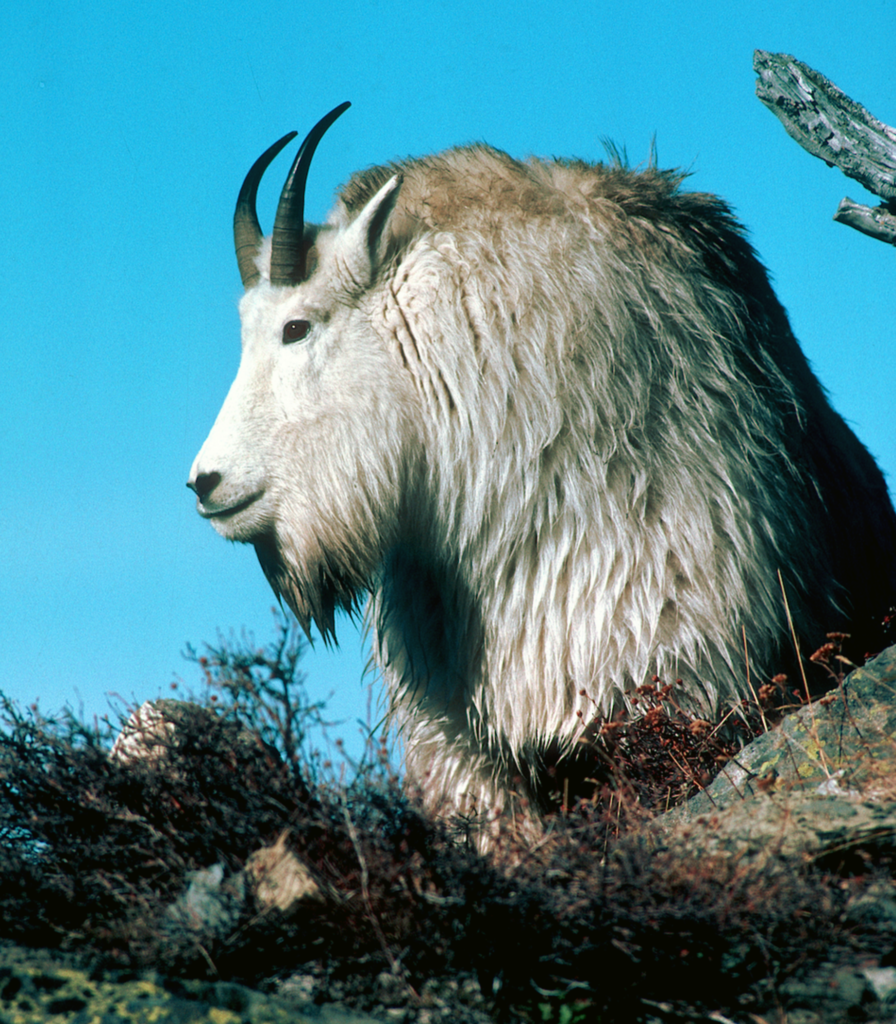 Above photo from Outdoor Life utilized respectfully in accordance with Fair Use.

Despite its name, the mountain goat is actually a member of the antelope family. 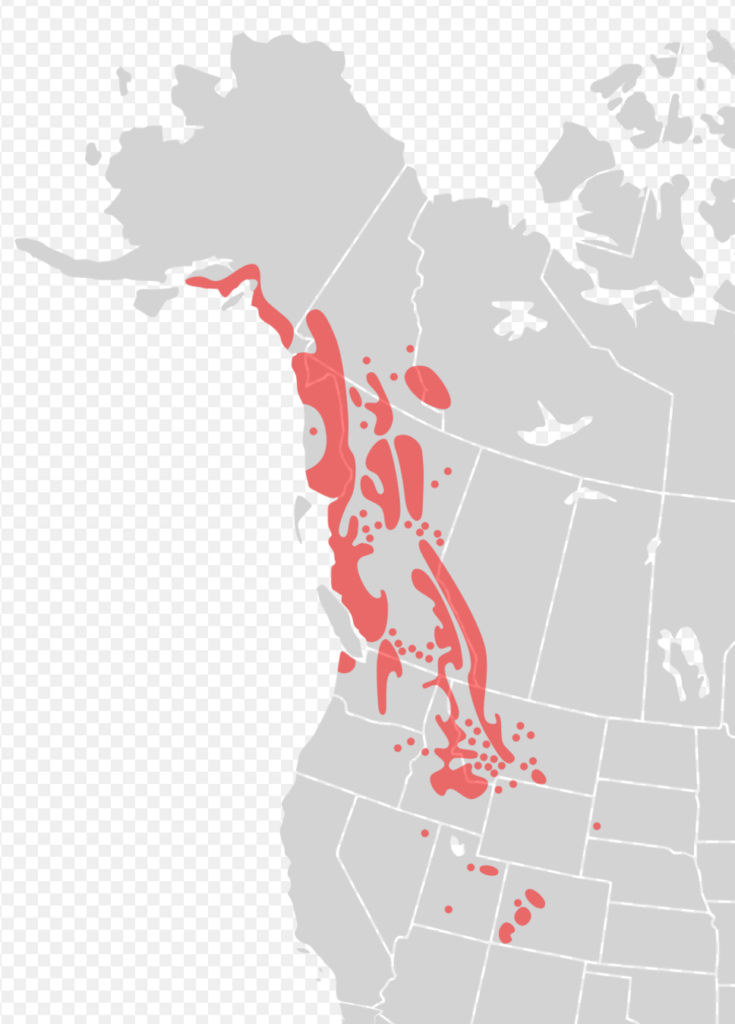 Above map from “Wild Sheep and Goats and their Relatives” by the IUCN/SSC Caprinae Specialist Group utilized respectfully in accordance with Fair Use.

Increased temperatures in the high peaks where mountain goats live may have an effect on their habitat and diet.

Mountain goats reproduce at a slow rate and even a small loss can be devastating to a population. Kids and yearlings are typically most vulnerable and many do not survive the winter. Golden eagles often prey on kids. Mountain lions also pose a threat to kids and adults as they are one of the few predators that can maneuver at high elevations. Avalanches, rockfalls, landslides, falls and malnutrition claim many goats each year. Human threats include hunting, development and winter recreation in formerly inaccessible habitat. [2]

Although mountain goats have never been domesticated and commercialized for their wool, pre-Columbian indigenous peoples of the Pacific Northwest Coast did incorporate their wool into their weaving by collecting spring moulted wool left by wild goats. [3]

Understanding population dynamics and historical declines for Mountain Goats is challenging due to sparse data.  Speculations regarding the cause of population declines have included habitat change, predation, disease, parasites, recreation impacts, and excessive harvest. Managing for recovery requires an understanding of the relative importance of the factors causing population declines. Using records of Mountain Goat harvest in selected areas of Washington State (USA), we modeled population trajectories for 7 areas with a stage-structured matrix model and compared these trajectories to recent population estimates. Our results supported the hypothesis that observed declines can be attributed primarily to the effects of harvest. We also assessed the level of harvest likely to be sustainable for Mountain Goat populations of varying sizes. Our results were sensitive to vital rates used in the model and were also influenced by population size and the proportion of harvest that is male. Generally, populations of ,50 individuals should not be harvested, but larger populations (such as .100) or those where the proportion of males in the harvest is high (90 to 100%) may sustain #4% harvest. However, due to expected variation of vital rates among populations and years, declines may still occur with harvest at these levels and continued population monitoring is essential for hunted populations. [4]

Mountain goats are active both during the day and night, but take time to rest under overhanging cliffs. They mostly live in herds and move around according to season. In the summer, smaller groups will travel to salt licks. Females, called nannies, spend most of the year in herds with their kids, while males either live alone or with 2 – 3 other males. Nannies can be protective of their territory and food, and so will fight other nannies in their herds. During mating season, males will fight each other using their horns for the right to mate with females.

Mating Season: November and December.
Gestation: 150-180 days.
Litter size: Typically one kid; twins rarely.
At birth, the kid weighs around 6 lbs and are able to move along the rocks with its mother within a day or so after.