On May 11, 2016 Kevin Byrd and I were falsely arrested and defrauded of thousands of dollars worth of personal property and our home, and we had the business we were developing sabotaged via an unwarranted forcible entry and detainer by five Kern County Sheriff’s Deputies who were accompanied by an unidentified code compliance inspector.

We’d lived at 2232 Commercial Ave in Lake Isabella,  CA approximately 7 months prior to the incident, and were in the process of acquiring title by prescription in accordance with 1 CIV §§ 1000-1007 and standing case rulings.  Although due process and 2 CCP § 318 requires an action for the recovery of real property to be filed by the record owner if they wish to reclaim such property, no such action was ever filed nor  did they attempt to contact us.  Instead deputies trespassed onto the property in violation of 14 Pen (CA) § 602(i) and (k), falsely accused us of trespassing, then arrested us and condemned our property under false pretenses.  Based on the demeanor of Deputy Ruiz and assisting officers, and the repeated pointed, flagrant misgendering of me, I believe officers’ actions constitute a hate crime.

While in jail, Kevin and I were given the option to:

Although we both signed the promises to appear, when we arrived in court at the scheduled time, neither of us were on the calendar; soon after, an arrest warrant was issued as a result of the county’s abuse of process – not as a result of our failure to appear.

Kevin and I remained out of state to avoid being falsely arrested again as a result of this newly-issued, unjust warrant.  We became homeless for years, working to survive and build this case so we could eventually expose what really happened and hopefully obtain justice.

My full testimony alongside evidence is presented below, followed by a fundraiser to help us push this case forward so we can hopefully find justice.

Testimony and evidence are presented in the following 15 downloadable PDFs.  Some chapters have audio and/or video evidence associated with them; all such evidence may be found here.  An in-depth table of contents and index may also be downloaded.

Ch. 3 – Kevin and I acquired possession and began restoring the property. (pages 31-40)

Ch. 5 – we repaired and improved the property throughout winter and spring. (pages 49-80)

Ch. 6 – we cultivated the land, creating a diverse garden consisting of more than 30 vegetables and fruit-bearing trees. (pages 81-112)

Ch. 9 – Rachel’s neighbors called the Sheriff on 5-110-2016 and accused us of trespassing; deputies arrived and threatened us not to return to the property, ignoring Rachel’s claim and rejecting California law and our associated rights. (pages 133-142)

Ch. 12 – Officers withheld our property and the police report; Kevin and I fled the county for our safety (pages 167-174)

Ch. 15 – District Attorney committed an Abuse of Process, thereby causing an unjust Arrest Warrant to be issued; Kevin and I became homeless for years (pages 197-202)

Ch. 16 – assessment of damages; calculated to  approximately $6.5 million per plaintiff, plus additional damages.

Claims filed – Kevin and I sent these general liability claims along with a copy of the previous 16 chapters and a copy of How to Legally Claim Abandoned Real Estate to Kern County Risk Mgmt on 3/12/2020.  We are currently awaiting their response.  Such claims must be filed within six (6) months after the date of the accrual of the cause of action (Gov. Code § 911.2).

iii. Our case in context with California’s housing crisis and similar cases:

A collection of articles:

Huffington Post: California’s Housing Crisis Is So Bad, People Are Turning To Rent Strikes And Squatting by Liza Ramrayka (3/10/2020)

Please email related articles do Distance@WildWillpower.org and include HOUSING ARTICLE as the subject line.

After being removed from our home, there were many times Kevin and I felt our lives were in danger from local deputies.  Several times they drove by us very slowly and stared, then they’d do a u-turn and slowly pass by us again.  This is part of the reason we fled the area in fear for our lives: we were afraid as to what they might to if they found us alone.

Below are some statistics about Kern County followed by articles which reinforced our concerns:

The County: the story of America’s deadliest police by Jon Swaine and Oliver Laughland Dec 2015 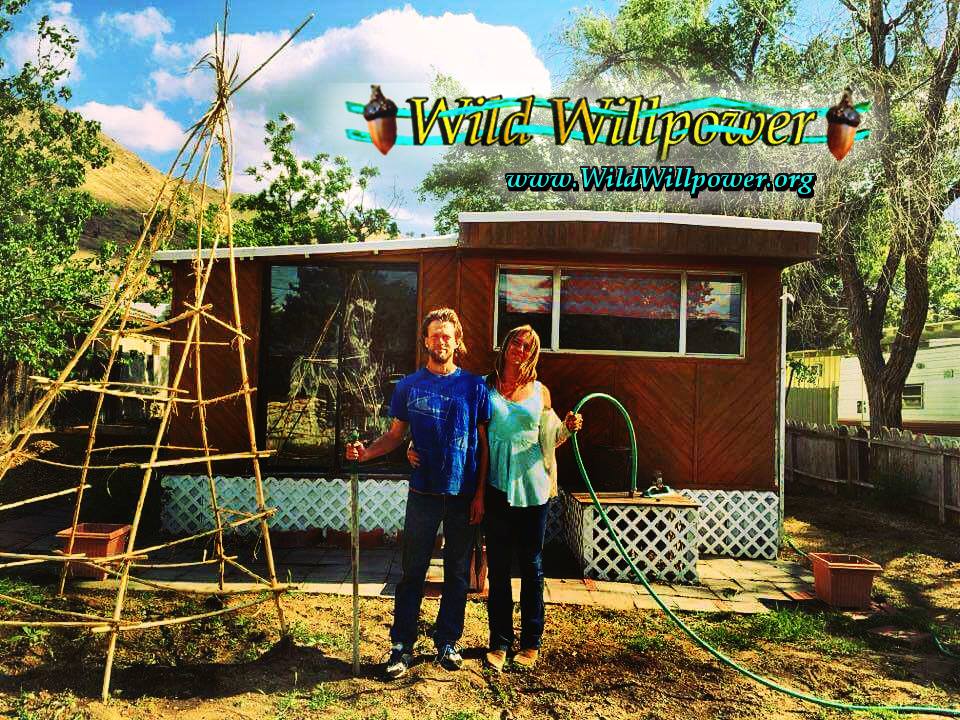 [3]: ABC Chennel 23, “Murder No Surprise In Meth Capital Of US” by TRACIE CONE and GOSIA WOZNIACKA Associated Press (1-23-2012):  https://www.turnto23.com/news/murder-no-surprise-in-meth-capital-of-us

Thank you for reading!  Please support: