Have you ever been ticketed and given the option to either:
a.) pay a fine and plead guilty; or
b.) pay a fee in order to plead not guilty?

Yes you read that correctly – owe money simply because you were accused of a  civil infraction.

Have you ever paid the ticket simply because you didn’t have the time or money to fight it – even though you never should have been ticketed in the first place?  If you’re tired of this type of government-issued abuse of process being used to extort money from innocent people –you may want to follow this case:

On Sept 24 last year I filed a complaint with Utah’s Judicial Conduct Commission against Judge David Tubbs in regards to a case involving this exact scenario.  Some of the charges included extortion, racketeering, and extrinsic fraud.  Although the case has moved forward and we’ll get to that soon – this is going to require a bit of backstory:

On July 13 I was driving my 1997 E-350 shuttle bus from Arizona to Iowa and stopped by one of my favorite places along the way – Moab, Utah. 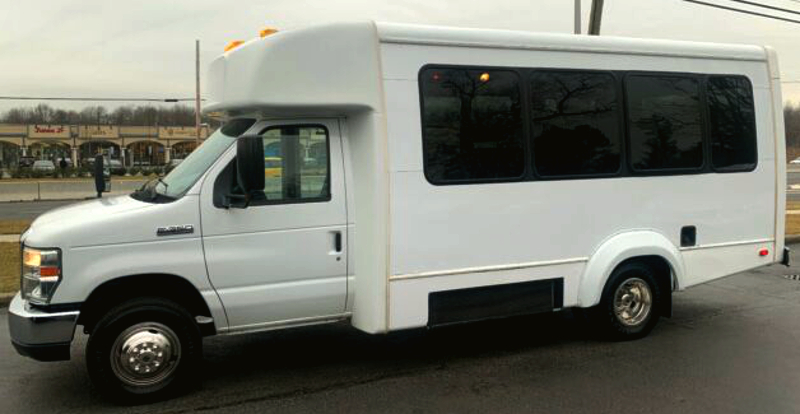 After driving around I couldn’t find an ideal parking space, and there were no signs indicating parking for larger vehicles.  So I parked a few spaces away from a similar-sized RV; although our vehicles did extend past the parking lines (horizontal parking), there was still room for vehicles to pass without  crossing the median.  I didn’t think there would be a problem.

When I returned an hour later, Officer Braydon Palmer informed me I arrived “just in time” because he was about to have my vehicle towed.  I asked if there was a more ideal place to park, but he said it was “too late”; I was going to get a citation.  There was no talking it down to a warning.

Note: Although he wrote that I had “no valid license” on the citation – that was not true.  What actually happened is he asked for my license, and I said it was in the vehicle.   When I asked if I should go get it, he said “No.  Stay right here.”  I suppose he wanted to make my life a little harder (can’t think of any other reason he would cite me for that).

There was no option to “plead not guilty and schedule a court appearance.”  Instead the document went on to issue threats if I didn’t pay the alleged amount:

So my initial impression was that the City of Moab and Grand County Justice Court have no regard for the Fifth Amendment (No person shall be deprived of life, liberty, or property, without  due process of law) or the maxim that persons are “innocent until proven guilty.”  But let’s get to the part about Judge Tubbs.

A Cry for Mercy:

On July 22 I sent a letter to the Moab City Council informing them about what happened and requesting they post signs to direct larger vehicles to appropriate parking spaces.

I attached a copy of the letter to a second letter to the Grand County Justice Court requesting they dismiss the charges.

In both letters I explained that had the city posted signs I would have obliged, but there was no indication what I did was illegal, unreasonable, or unsafe.  You can  read both letters here.

No Mercy from the Court:

On Sept 16 I received a notice from the Grand County Justice Court alleging that I now owed $90.11 (increased fine).  The letter gave me the option to:
a.) pay $90.11 by mail; or
b.) contact the court to schedule a hearing.

The letter threatened an arrest warrant and suspension of my driver’s license if I didn’t comply by Sept 18 (two days away).  You can read this “second threat letter” here.

But governments do this all the time –
isn’t it legal?

No.  Technically its a crime known as extortion:

Black’s Law Dictionary (10th ed.) defines it as “The offense committed by a public official who illegally obtains property under the color of office; especially, an official’s collection of an unlawful fee.”

Extortion is a form of racketeering, which Black’s Law defines as “A pattern of illegal activity (such as bribery, extortion, fraud, and murder) carried out as part of an enterprise  that is owned or controlled by those engaged in the illegal activity.”

On Sept 18 I called the court and spoke with Chief Court Clerk Debbie Lawley, informing her that because I live in Iowa I wouldn’t be able make it all the way back to Utah to appear in court; instead I would like to appear by phone.  She took my email address and said she’d get back to me after speaking with the judge.

Soon Debbie called back to inform me Judge Tubbs would not let me appear by phone.  My only option was to appear in person if I chose to plead not guilty.   I reiterated that I live 1029 miles (4 states away) from their court and that this was only a traffic citation.  After checking again with Judge Tubbs, she informed me he refused to change his position.

After giving her my email address, Debbie sent a new promise to appear form.  Although this form did not demand money, it did provide me with limited options:
a.) plead guilty; or
b.) plead not guilty, and appear “as directed by the
court.”

Due to our previous conversation it was apparent “as directed by the court” meant “travel 4 states away and appear in person.”  So as you can see I checked “not guilty” and notated on the contract that I could not appear in person due to logistical reasons.

Soon Debbie emailed me again to inform me it “must be in person.”  I clarified my circumstances: “I live in Iowa and was falsely accused of a traffic violation.  It is unreasonable to expect me to appear in person… when it could easily be done over the phone.  The expense put upon me to need to travel across several states is unfair and unjust.  In addition  it… prevent(s) me from having due process and thus would amount to a denial of justice.”

You can see by the email thread between Debbie and me wherein still the judge refused to change his position.

I filed a complaint with Utah’s
Judicial Conduct Commission:

The complaint alleges Judge Tubbs violated Utah Code 76-6-402(2)(g),(i) (theft by extortion), 18 USCA §§ 1961-196 (racketeering) and Utah Code 76-10-1603 (unlawful acts).  I filed it because he abused his power via creating strict, arbitrary time limits and unreasonably burdensome constraints in order to coerce people into paying money that is not due.   Here is the original complaint.

But is the judge responsible
for the court’s policies?

Judge Tubbs isn’t just any judge; according to their website, he “presides over Grand County Justice Court.”  Black’s Law state’s that “preside” is defined as “to exercise management or control.”

As Presiding Judge, he sets the policies and practices for the local court, and when those practices involve extorting money through coercive measures, and denying people justice through unfair dictates, he is responsible.

Awaiting the Judicial Conduct Commission response to my complaint:

In the letter of dismissal from the Judicial Conduct Commission I received on Feb 2 this year (responding to my initial complaint), the Commission informed me I could send a letter within 30 days to request that they reinstate the proceedings.

I then filed a records request (called a GRAMA Request) with the JCC to find out what they did and did not consider during their investigation and at the meeting.  I asked for names present as well as additional information.  You can read the very thorough records request here.

I also sent a detailed request to reinstate the proceedings within the deadline; the request shows which sections of the Code of Judicial Conduct he violated such as Rule 1.1: “A judge shall comply with the law,” and Rule 1.2[4]: “A judge shall promote access to justice for all,” as well as statutes he violated.

Although I do intend to file with additional agencies, the ball is rolling.  This page will be updated as soon as I receive a response.  If you’d like to help support the cause (keeping this website up isn’t free), it would be very much appreciated and it helps us continue everything you see throughout Wild Willpower.  Please donate via PayPal or email Distance@WildWillpower.org.

Please check back in April 2020 for case updates.  Thank you so much for caring!

Read Our Other Cases

Exhibit B – Schedule of Bail aka “threat letter”

Exhibit E – email thread between myself and  Debbie Lawley